Why MIKERPHONE, not MICROPHONE you will tell me? Owner and Chief Brewer Mike Pallen has always had two passions in his life; music and beer.

During Mike's youth, his father worked at Miller Brewing Company in Milwaukee, Wisconsin, where Mike was exposed to the entire brewing process. Mike didn't brew until college, however, where he got hooked. Mike receives a new homebrew kit from his mother and starts Mikerphone Brewing.

Meanwhile, Mike spent his days working in the music industry. He wasn't working, Mike put in countless hours writing recipes, preparing test lots, and sampling those lots trying to try them out and provide feedback. One of those people was Gerrit Lewis, owner of Pipeworks Brewing Company.

While helping brew and bottle at Pipeworks, Mike met Drew Fox, owner and head brewer of 18th Street Brewery. Mike and Drew got along, so much so that Drew asked Mike to be his assistant brewer, and then he had the opportunity to become the head brewer of BreakRoom Brewery. It was an exciting opportunity, but one that meant Mikerphone Brewing would have to be suspended.

So Mike took the opportunity and spent a year and a half developing recipes. Mike ended up buying a 3.5-barrel direct-fired brewery and was ready to ship it to his hometown of Wisconsin and start building Mikerphone. Steve Miller, owner of SlapShot Brewing Company, then presented him with an opportunity: installer Mikerphone Brewing at SlapShot and become the new Head Brewer of SlapShot. And we are here today! Mikerphone Brewing ... Craft beer inspired by music. 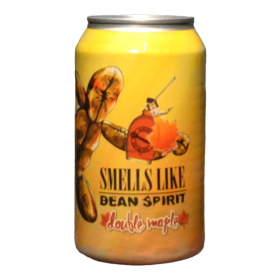